This topic page contains data on women's and men’s wages and salaries and livelihood.

More statistics on the economy and livelihood by sex:

The general earnings level has risen quite evenly both for women and men. Women's average monthly earnings are, however, lower in all employer sectors than men’s and the difference between the earnings has decreased very slowly.

Women and men as income earners

The statistics on taxable income cover personal income of all taxable persons. The statistics do not include tax-free income like various income transfers and some property income. 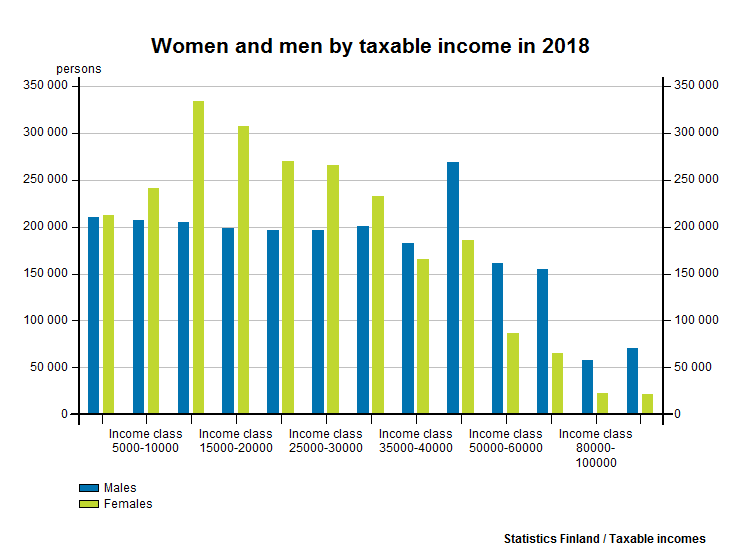 When measuring at-risk-of-poverty, the income distribution statistics take into account both taxable and tax-free income and the statistics covers the entire household population. Instead of personal income, the income unit is the household, where the income of every household member is assumed to be shared by the household. The persons living in the household form their own imputed consumption units. 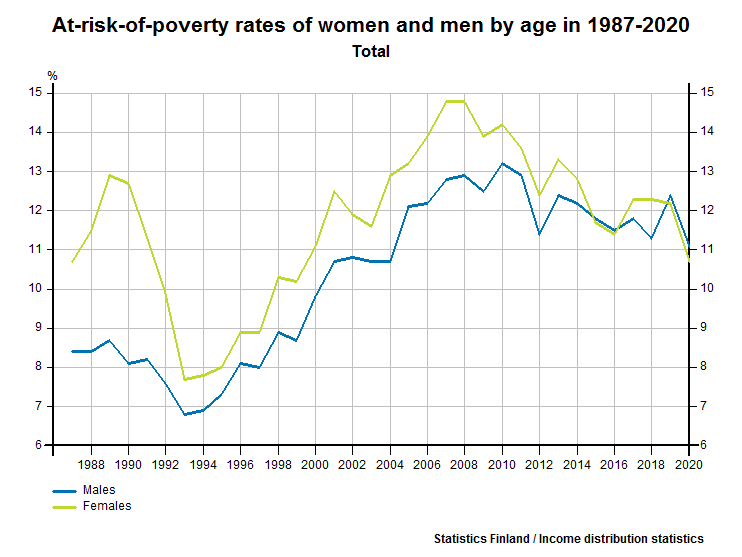 More about the methodologies of the income distribution statistics (only in Finnish).